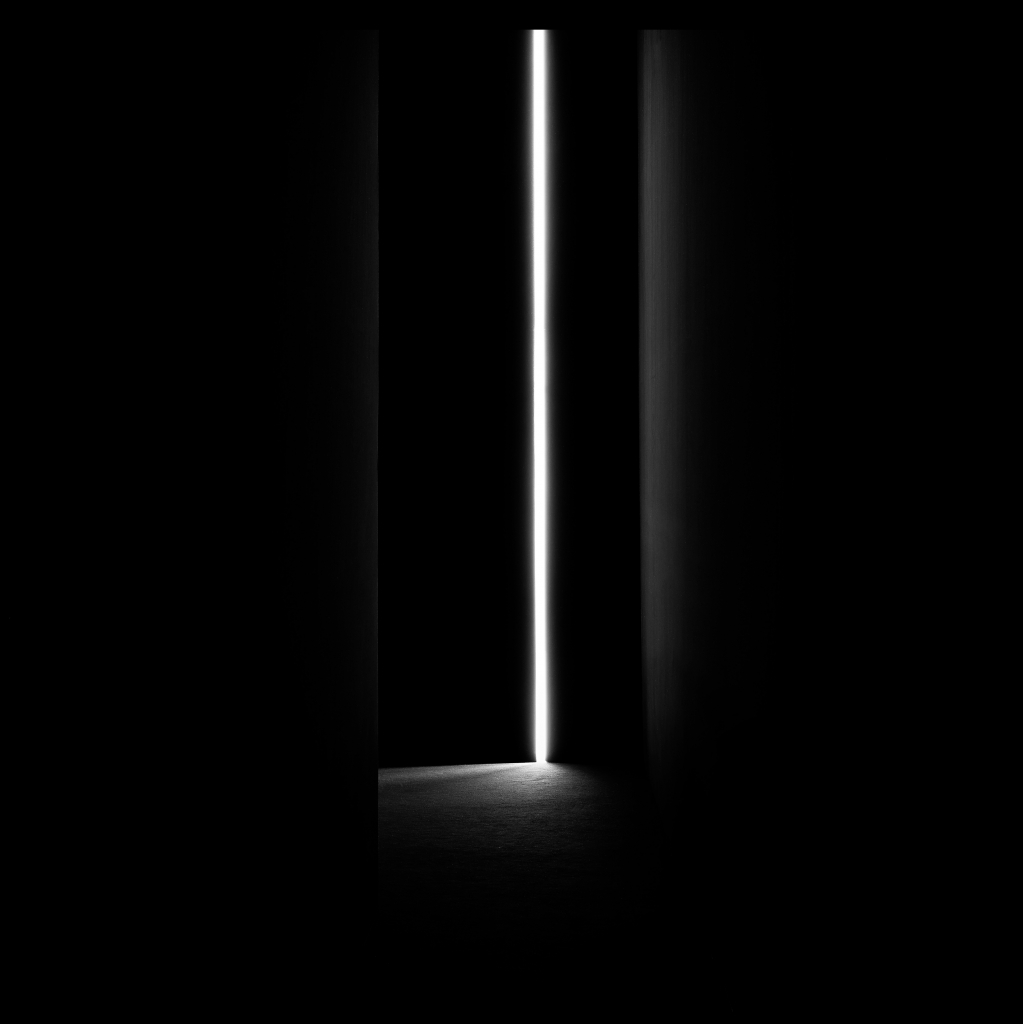 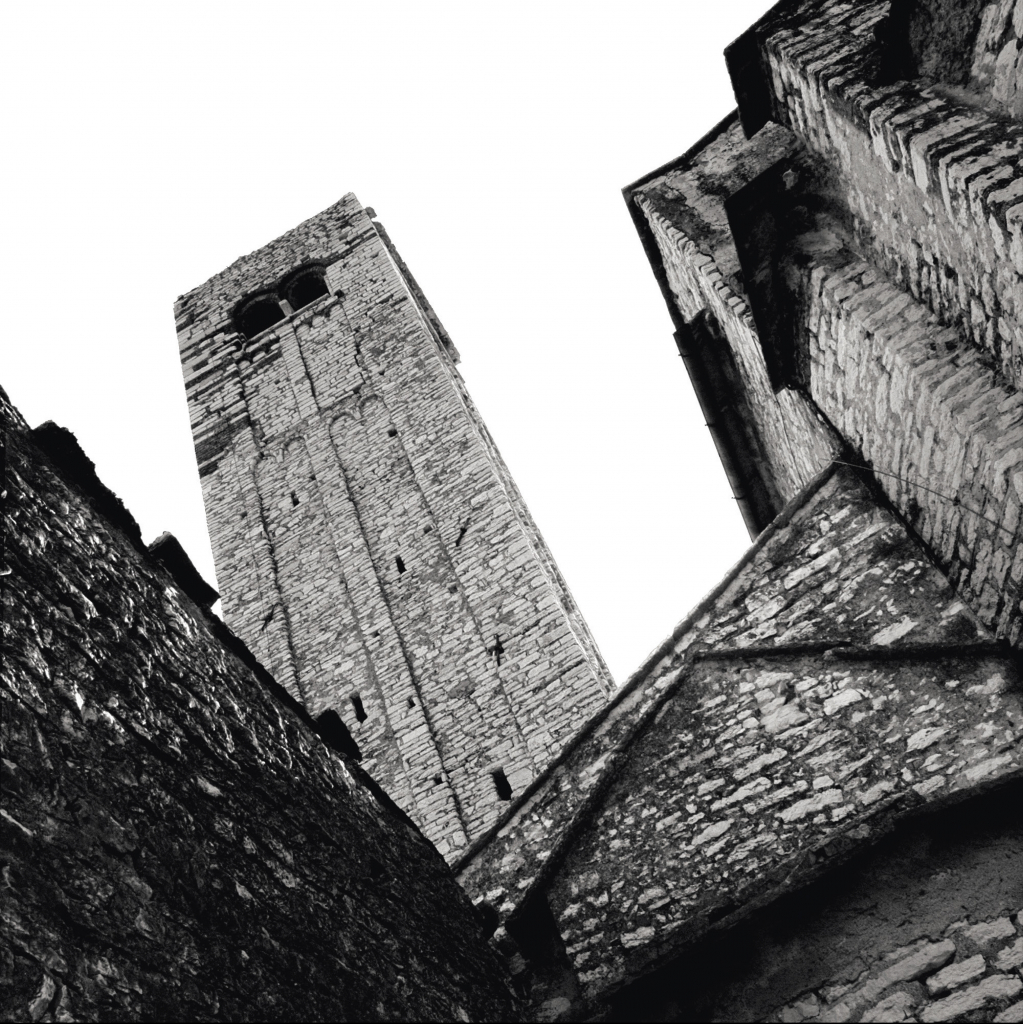 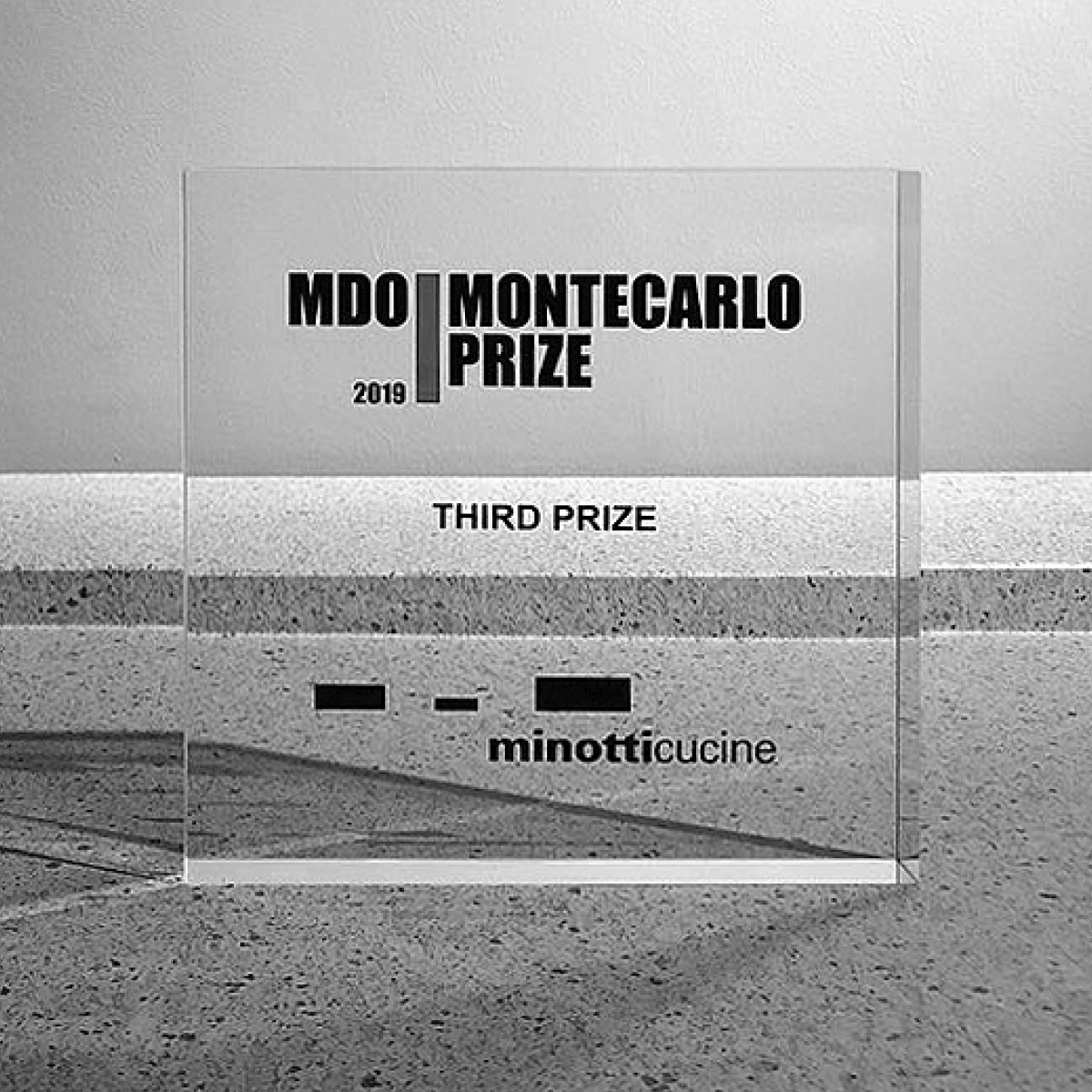 2009 riconoscimento confindustria per i 60 anni d’impresa 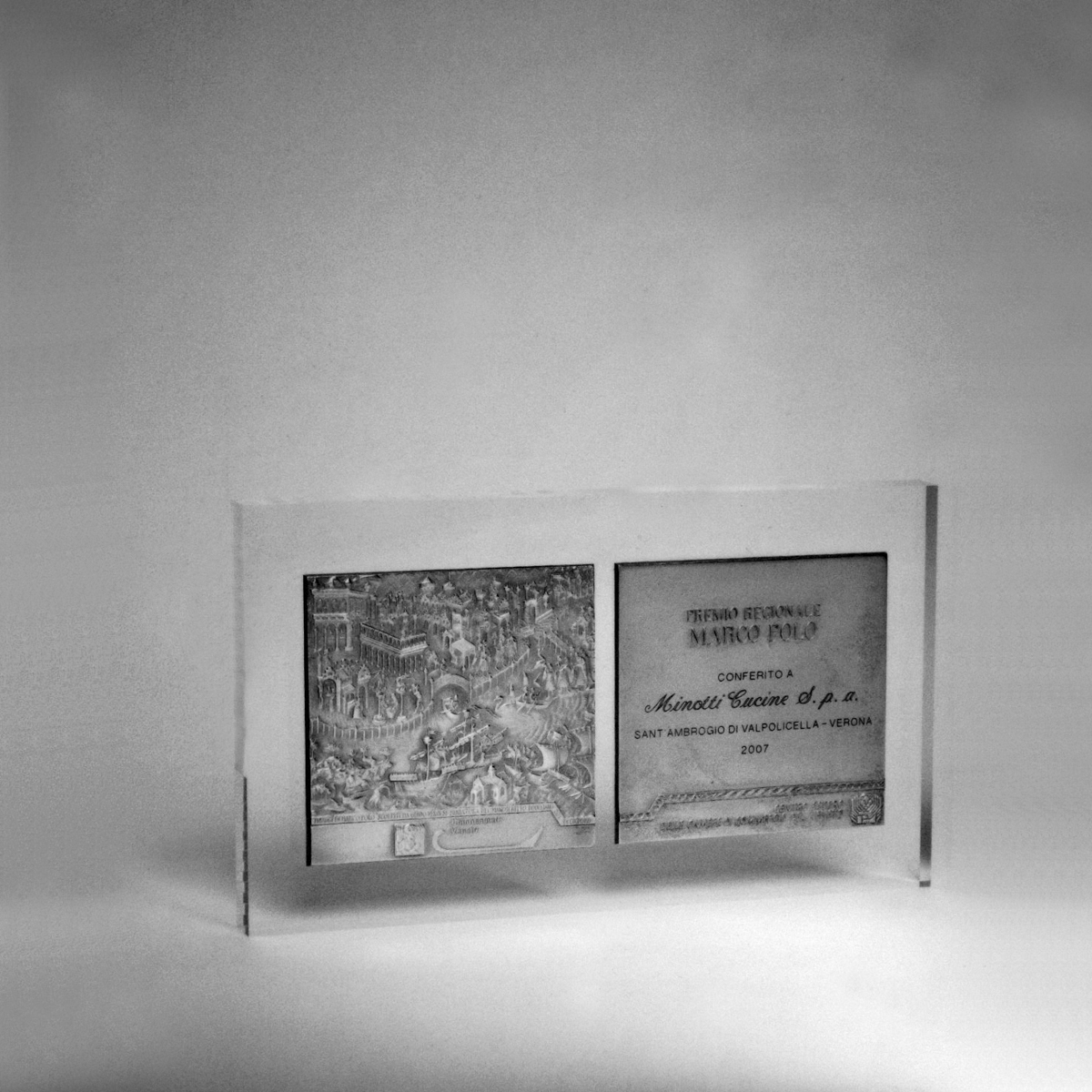 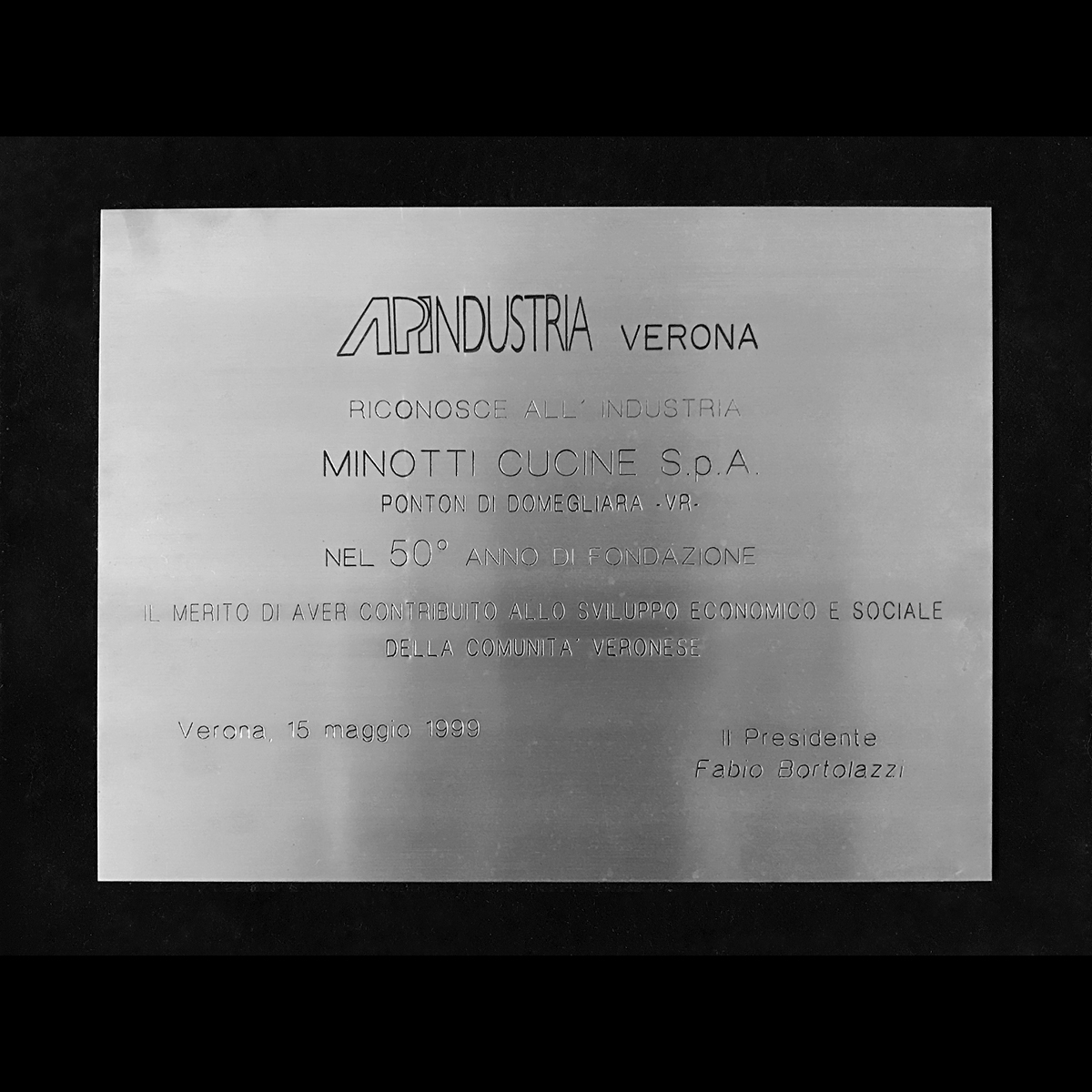 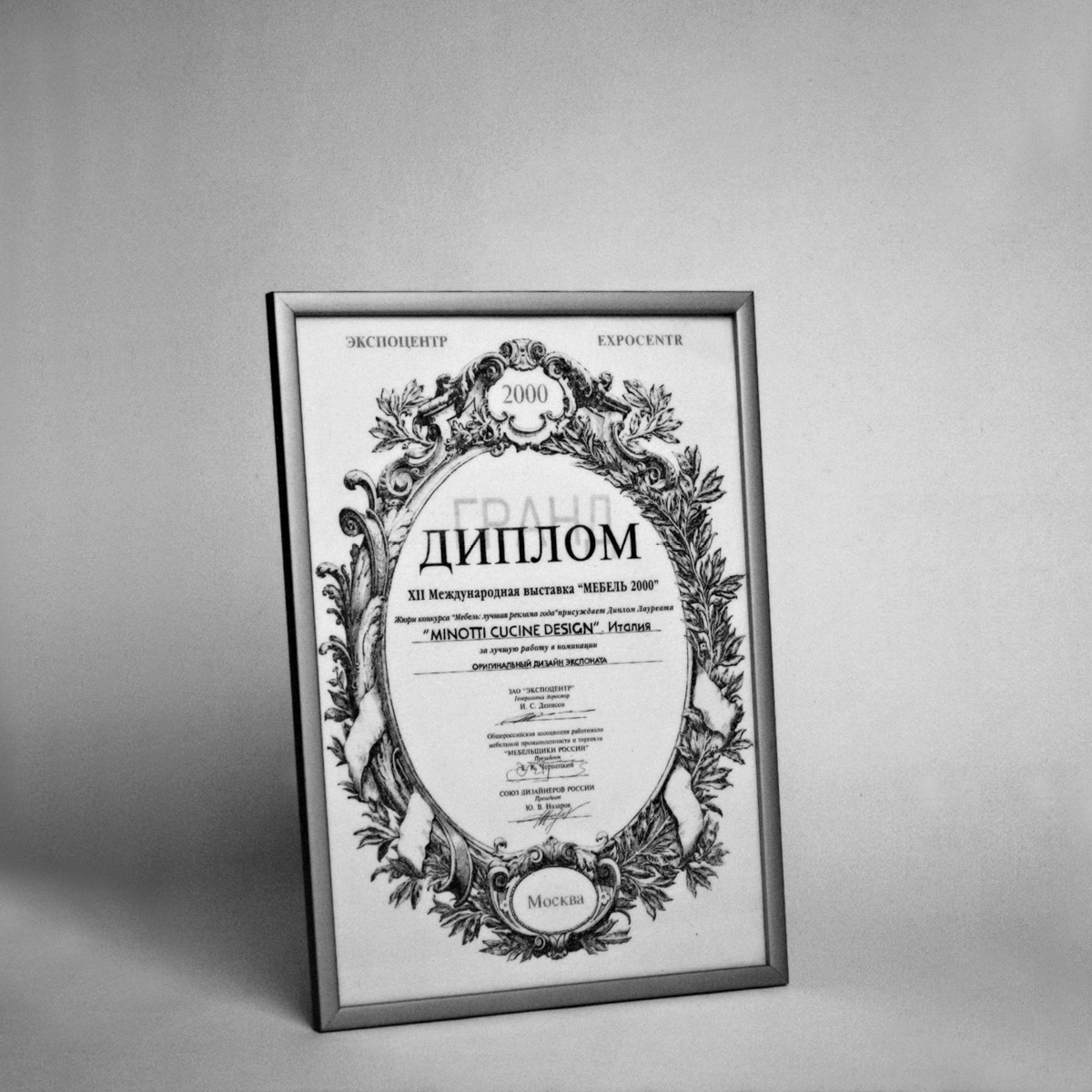 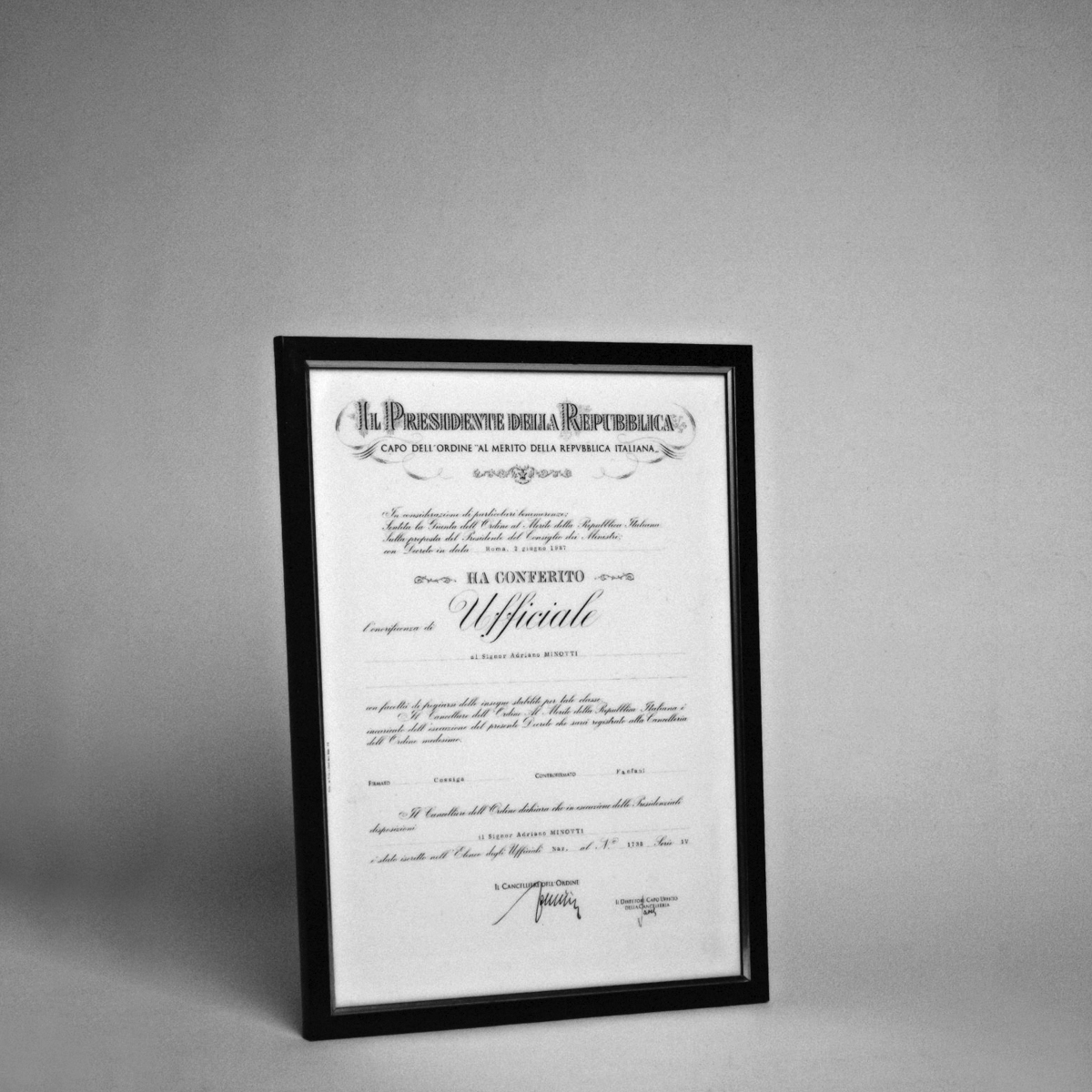 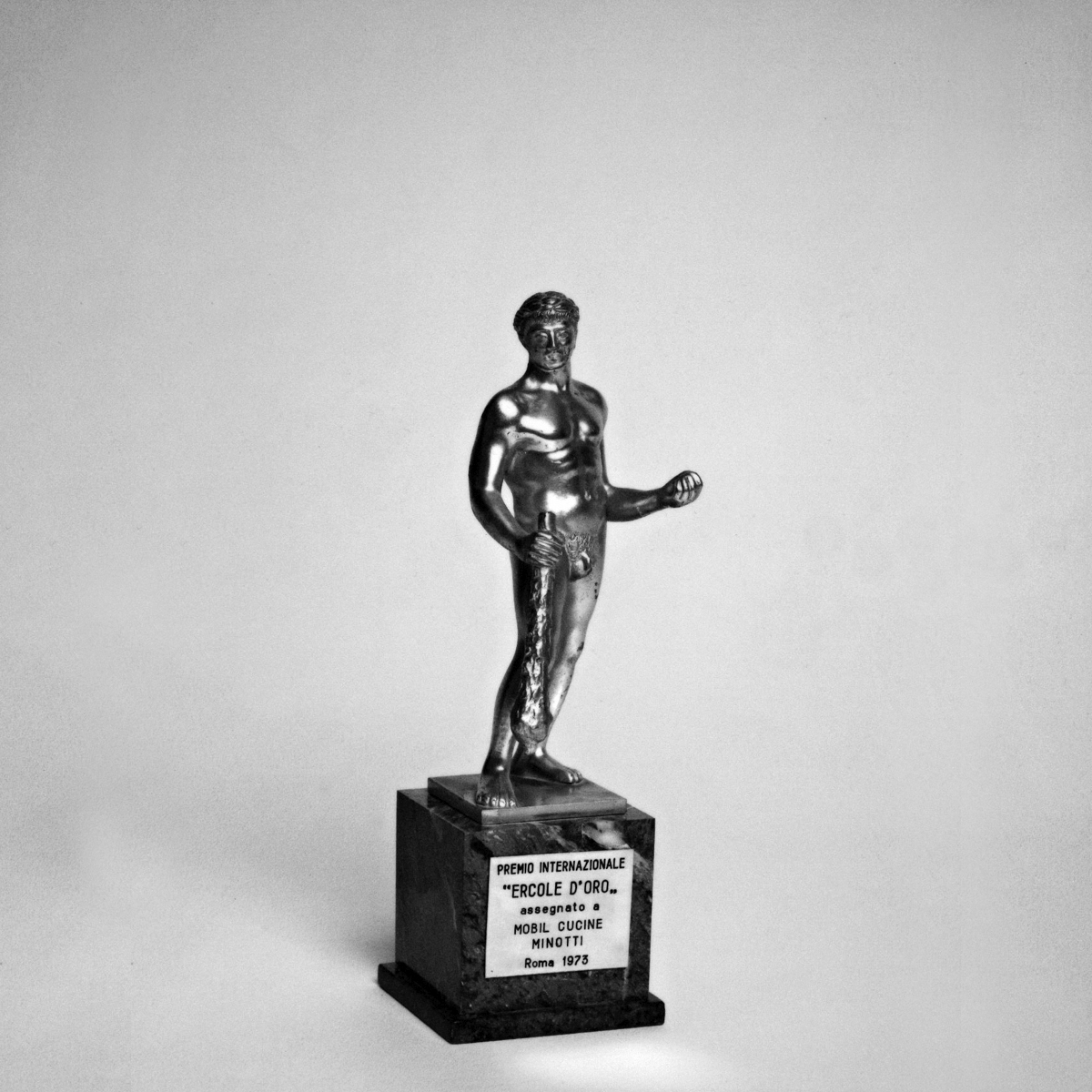 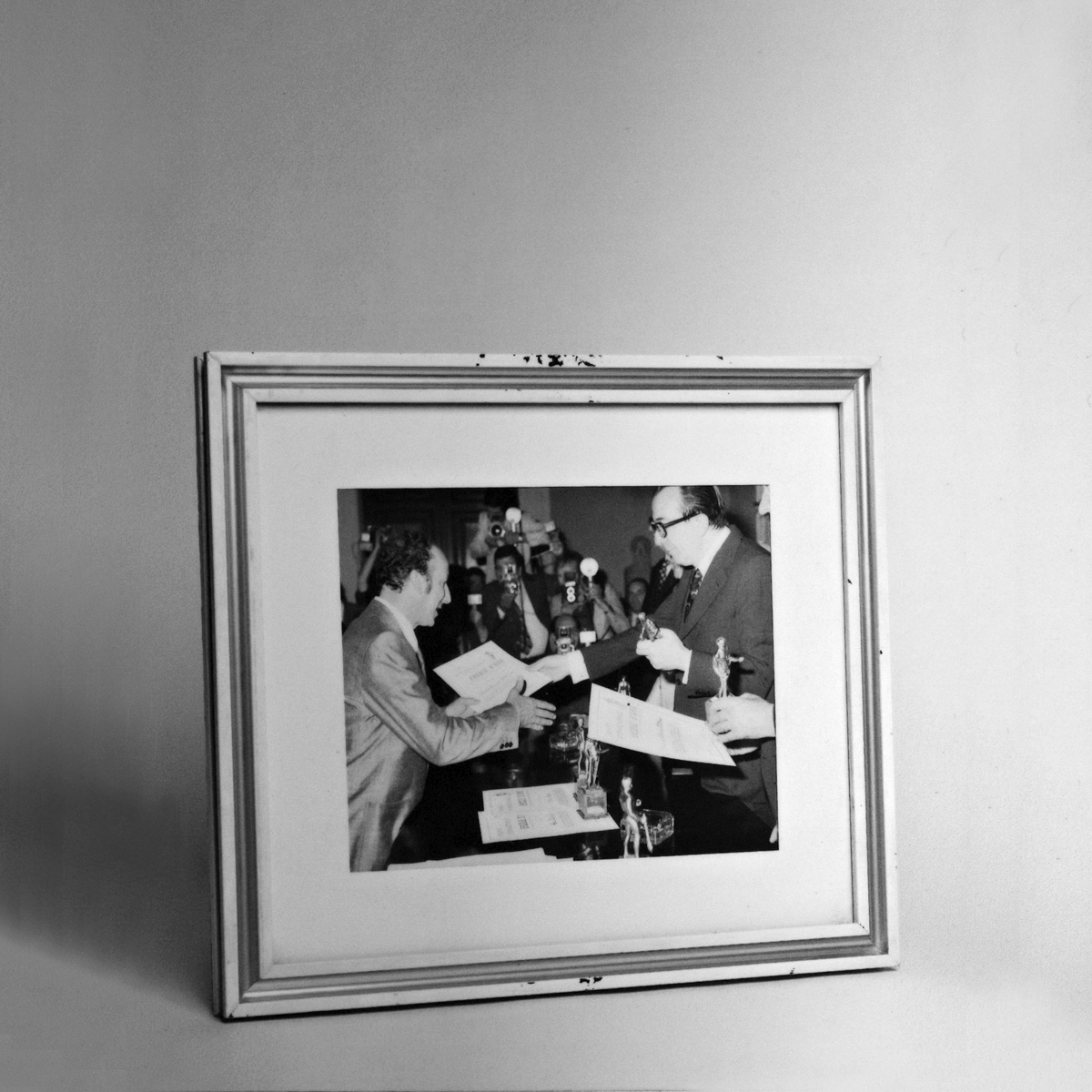 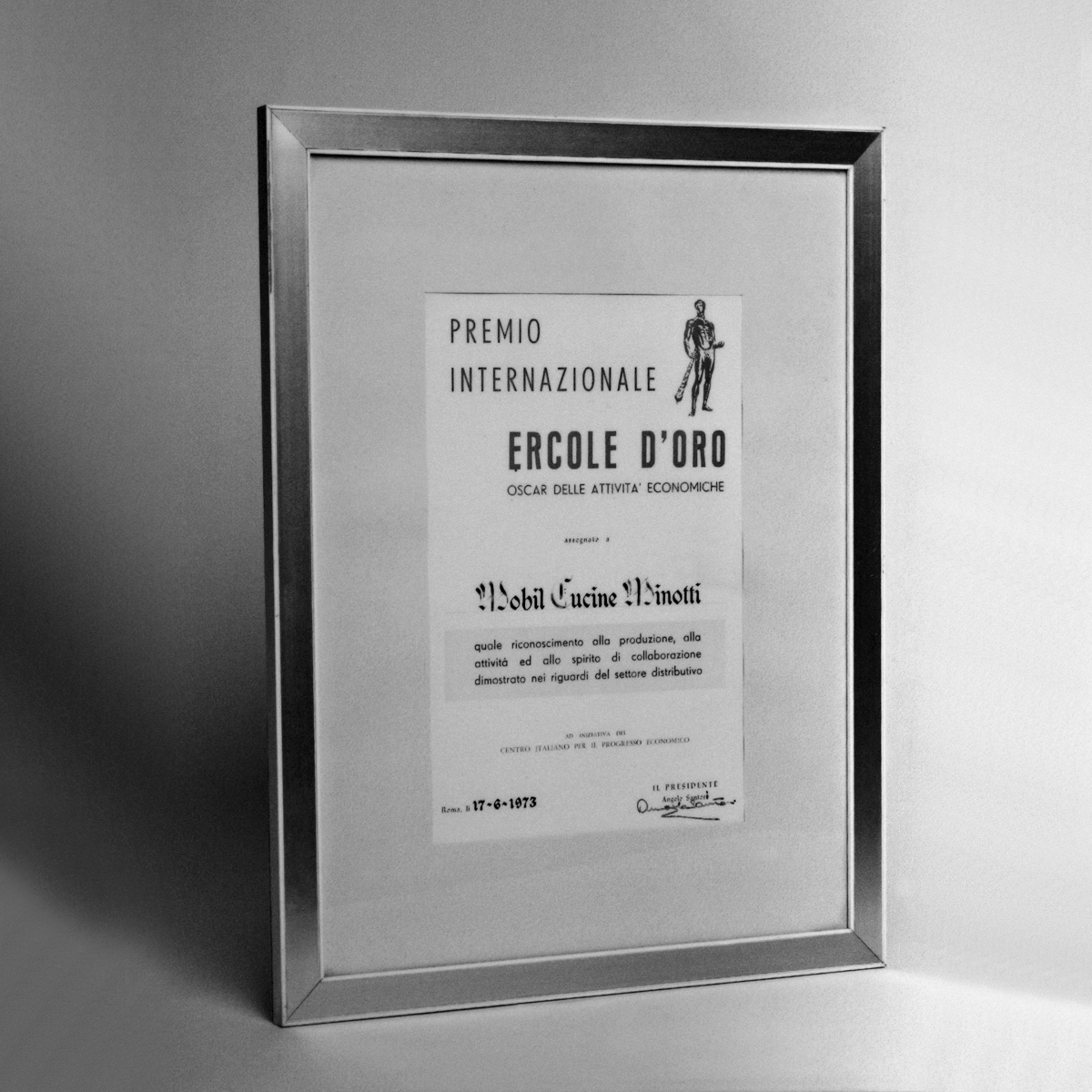 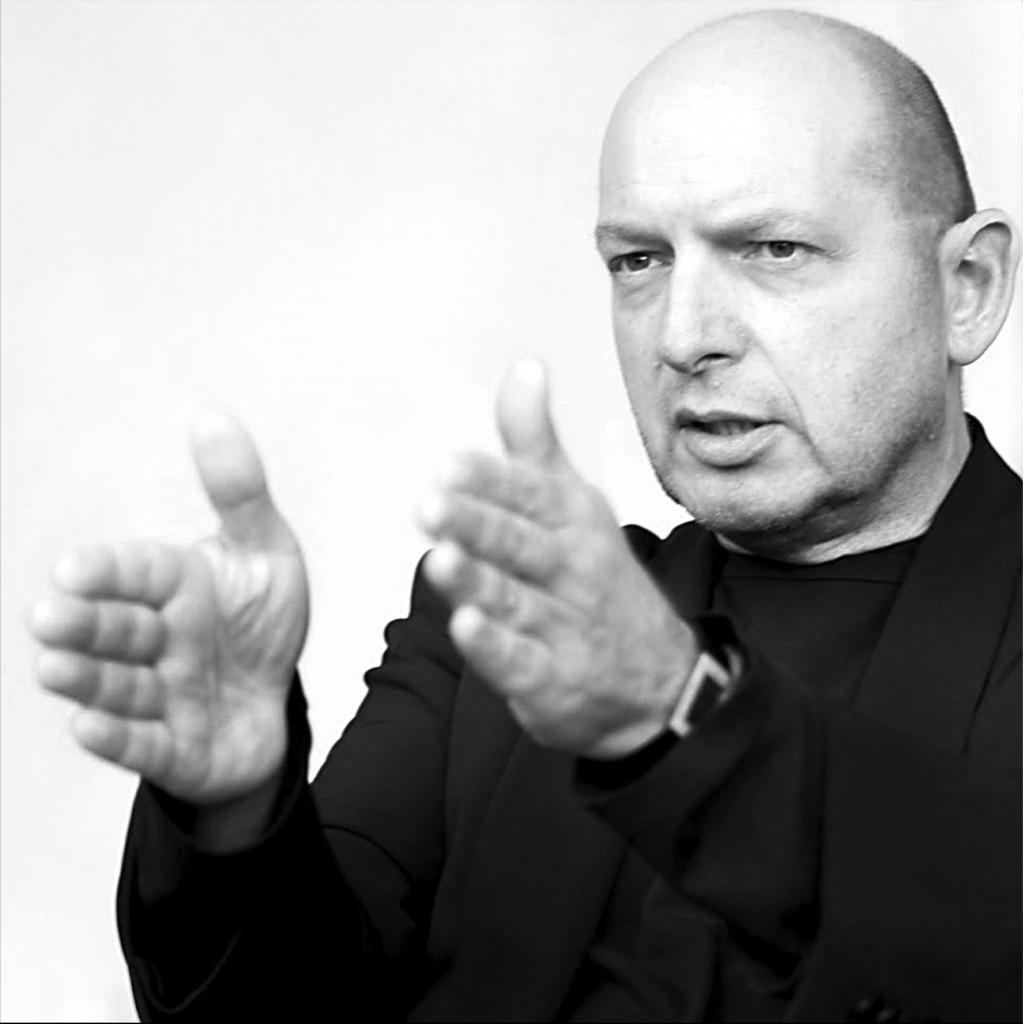 Despite his distinguished position in the architectural world, Claudio Silvestrin prefers to keep a low profile, avoiding the showiness preferred by many at the top of his profession. The same might be said about his projects which, rather than indulging in the spectacular and hyper-ornate, are understated affairs, serene and meditative. In his own words: “Architecture of contemplation and for our inner self – it is most of all for our soul.” Highly creative, Claudio Silvestrin was born in 1954, studied under A.G. Fronzoni in Milan and at the Architectural Association in London. His interest in philosophy, his vision, his integrity, clarity of mind, inventiveness and concern for details are reflected in his distinctive architecture: austere but not extreme, contemporary yet timeless, calming but not ascetic, strong but not intimidating, elegant but not ostentatious, simple but not soulless. Claudio Silvestrin has extensive experience as a visiting professor. In 2013 he was appointed Walton Critic and tutored at the Catholic University of America, in Washington DC. Claudio Silvestrin is a man of vision, the vast as well as the minute. Creativity is never delegated, his artistic supervision is total. Claudio Silvestrin is not a mere creative: what he creates in his designs, in turn, creates. He stands for difference rather than uniformity, quality rather than quantity, fewer projects rather than many. He is not a business man nor a PR man. He cares, advises, invents, teaches; he inspires. Claudio Silvestrin’s golden touch always adds value to his clients’ projects. “I do not get out of bed unless I am going to create something exceptionally beautiful.”
Claudio Silvestrin Architects was established in 1989 with offices in London and, since 2006, in Milan as well. The work of the practice encompasses real estate developments, newly built houses and resorts for private residence, art galleries and museums, restaurants, luxury retail stores and furniture design. Alberto Minotti
Born in Verona in 1965, Alberto Minotti, since childhood, has been breathing the air of the family business, minotticucine, created by his father Adriano fifteen years earlier. At a young age Alberto enters fully into the family business alongside his parents in the production of modern kitchens, characterized by great technical quality and a contemporary taste. Starting in 1994, he begins to design autonomously, inserting into the product line those personal interpretations that will bring minotticucine to be what it is today: that is, a production characterized by the concept of “visual silence”. An interesting meeting at the end of the 90s with Palmalisa Zantedeschi, who shows him a book on minimalism, opens Alberto’s eyes to the world of stone and that will push him to look for collaboration in 2003, with the architect and friend Claudio Silvestrin, designer for minotticucine of Terra; one of the most popular models of the range and presented for the first time in porphyry and labranite in 2005/2006, in Piazza Diaz in Milan. At the same time as these important style changes, the company distribution system goes from multibrand to monobrand. Thus they open single-brand stores in London, Moscow, Chicago, Tokyo, Milan, Paris, Cologne and Verona; they will amount to thirty only a few years later. In 2008 Alberto Minotti receives the “Marco Polo” award, while in 2013 he meets Giovanni Venturini, thus starting his collaboration as designer and artistic director for Asso group, that today is the owner of minotticucine. The philosophy of visual silence. A real philosophical path translated into the company, in the signs that distinguish every single product: design for Alberto Minotti is continuous research and an existential journey before anything else. His idea, ambitious but concrete, is to design behavior to propose a real way of life free from excesses and superfluity: silence for the eyes. The elementary forms of minotti kitchens therefore become ever more pure, almost primitive, proof of the integrity and spiritual strength of the brand. Everything is reduced to a minimum almost as if to deny the intervention of man on the project; therefore the handles, the bases, the taps and all those ostentatious details typical of traditional design disappear, while the use of colours and materials becomes rigorous and intransigent. The result is monolithic, monochromatic and monomaterial volumes that, while appearing sculptural, do not renounce their function of daily use. The choice of natural materials, from stone to wood and metals, makes the products eternal, freezing time and marking a fashion beyond fashions. We wish to welcome you to the ASSO GROUP world, a business reality operating in the Verona territory for almost thirty years. The GROUP started its activity as ASSO Spa, specializing in the production of high level furniture and contract solutions, especially in the retail sector. ASSO Spa was established in 1988 and for almost thirty years has been operating in the shop fitting industry, manufacturing and selling furniture for retail stores. Deeply rooted in the territory, its beating heart is located in the Valpolicella district, in the surroundings of Verona, where the company has its main headquarters with administration offices, production units, warehouse and showrooms. From the beginning of its activity until now ASSO Spa has focused on continuous innovation and has specialized in all types of furniture, from single brand shop-in-shops to superstores and turnkey solutions. Operating as general contractor ASSO follows every single step of the retail store realization. Among the loyal customers regularly relying on ASSO Spa for shop fitting and for the realization of retail chains there are important companies such as Calzedonia, Intimissimi, Benetton, Sisley, Guess, Cinti Group, Adidas. Deliveries are made all around the world, from Europe to the United States and the Far East. With a view on continuous innovation ASSO has started a development program based on a new product for the realization of customized furnishings in HPL laminate for working places, sanitary and fitness environments characterized by high inflow of people, being this product particularly suitable to meet hygiene and cleanness requirements. ASSO has opened up its doors to the world of design, acquiring two historical brands of the Made in Italy, firstly MAISTRI and then minotticucine. There are many similarities between the two companies: both were established in Valpolicella in the second half of the 40s, both manufacture top quality kitchens, based on design, research and skilled manufacturing art, characteristics of excellence that have always distinguished the best Italian companies in the national market and abroad. Today both companies operate together in the ASSO GROUP, that can ensure them a high level market position. An investment against the crisis and for the future, the words of Giovanni Venturini: “In a certainly not easy period for the business world and particularly for the furnishing sector we have chosen to stay ahead of the game, widening and diversifying our production. Firstly we acquired Maistri, which, thanks to our intervention, has had the possibility to continue its activity on the territory, so that more than half of the employees could keep their jobs”, explains Giovanni Venturini, President of the ASSO GROUP. “And subsequently we acquired minotticucine. In both cases we have not only incorporated the brand, but we have cared to include the two companies together with their tradition, background and culture, as well as the staff. We did this in order to give to these important businesses a future within the entrepreneurial and social fabric of the Verona and the Valpolicella district, where they were created and developed. After all ASSO is a large family-run enterprise, its strength comes from the children and from the workers. At today’s date we have about hundred employees. Our recent investments have been made especially for the next generations and for the future”.